The Plymouth University Marine Building project is one of the largest most complex wave and current test facilities that Edinburgh Designs has produced.  It was designed for both academic and commercial research and is capable of simulating a wide variety of wave and tidal situations.  The facility includes four separate tanks: a deep water ocean tank; a shallow water coastal tank, a sediment flume and a tilting flume.  All four tanks are equipped with wavemakers and current generators.  The ocean tank has a hydraulic moving floor for ease of access and to simulate different ocean conditions. 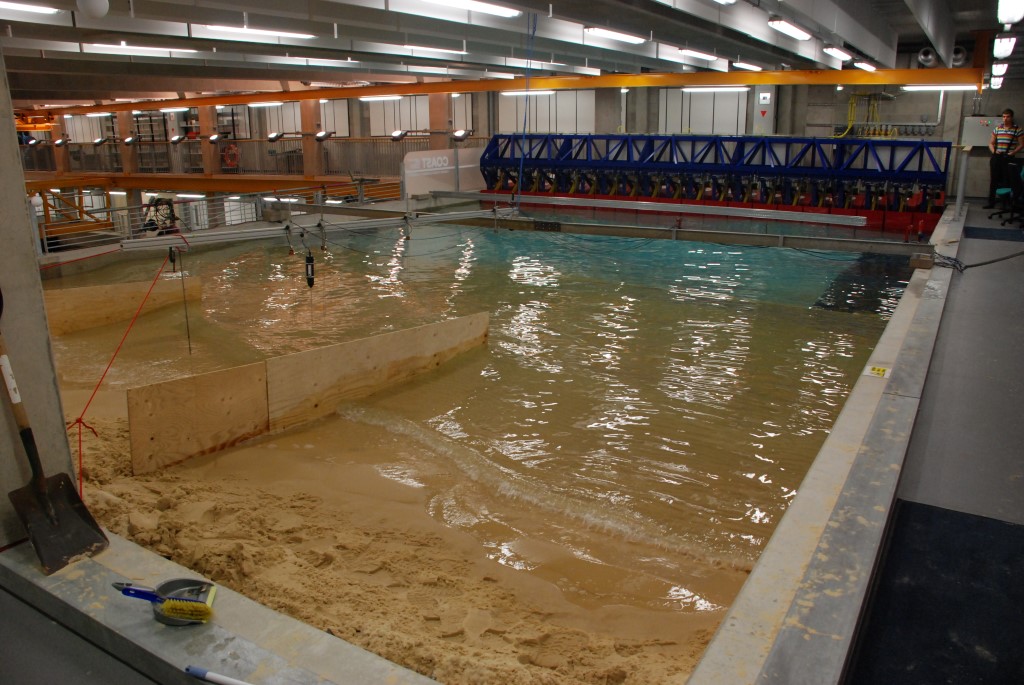 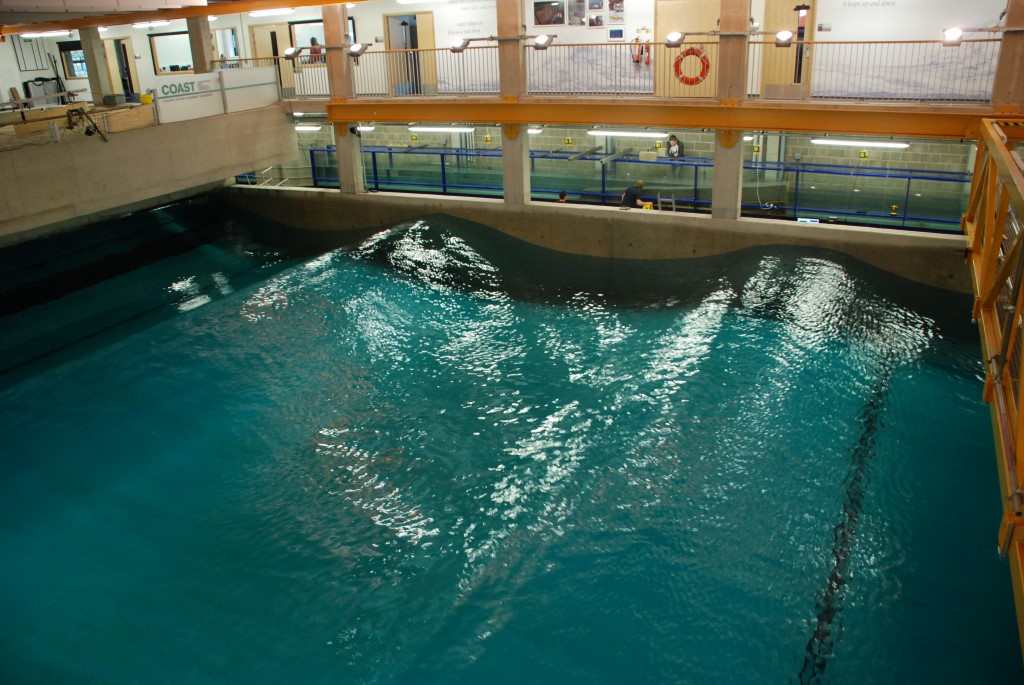 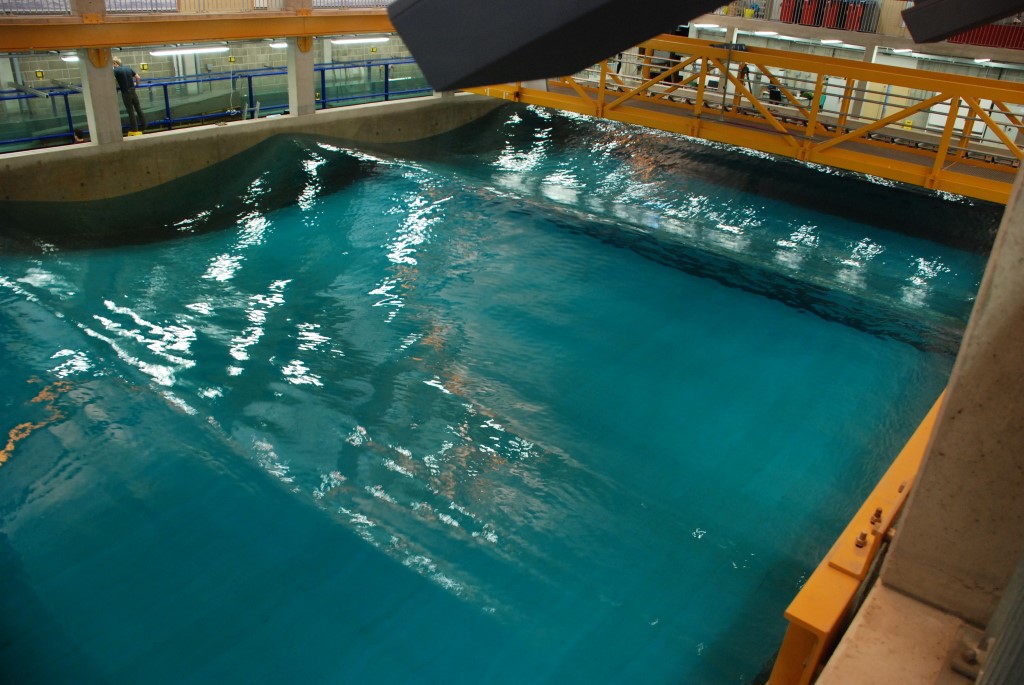 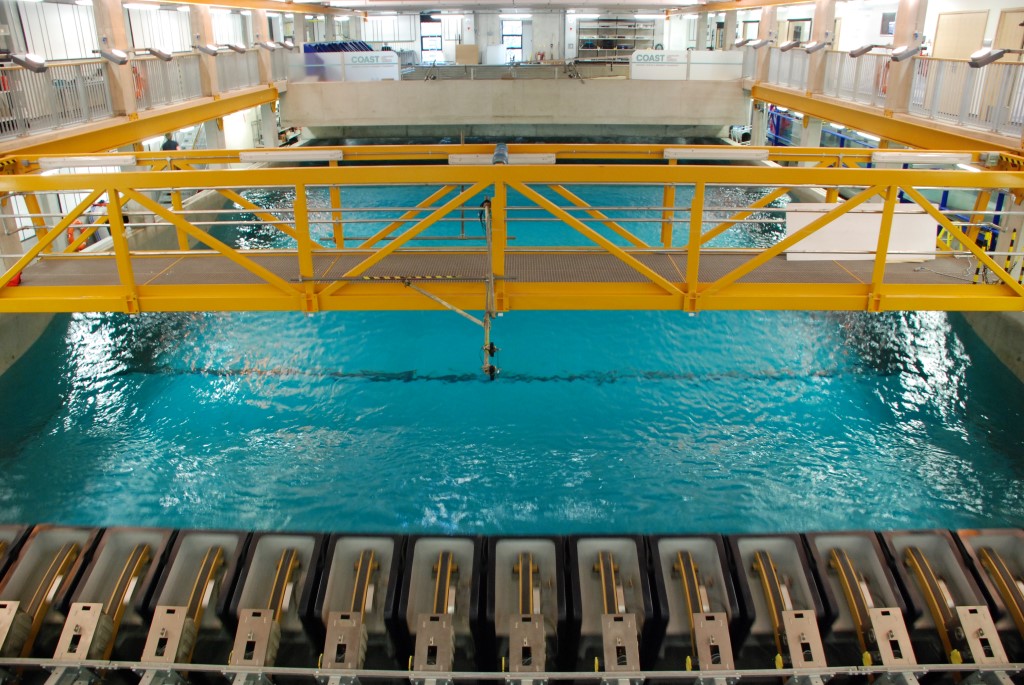 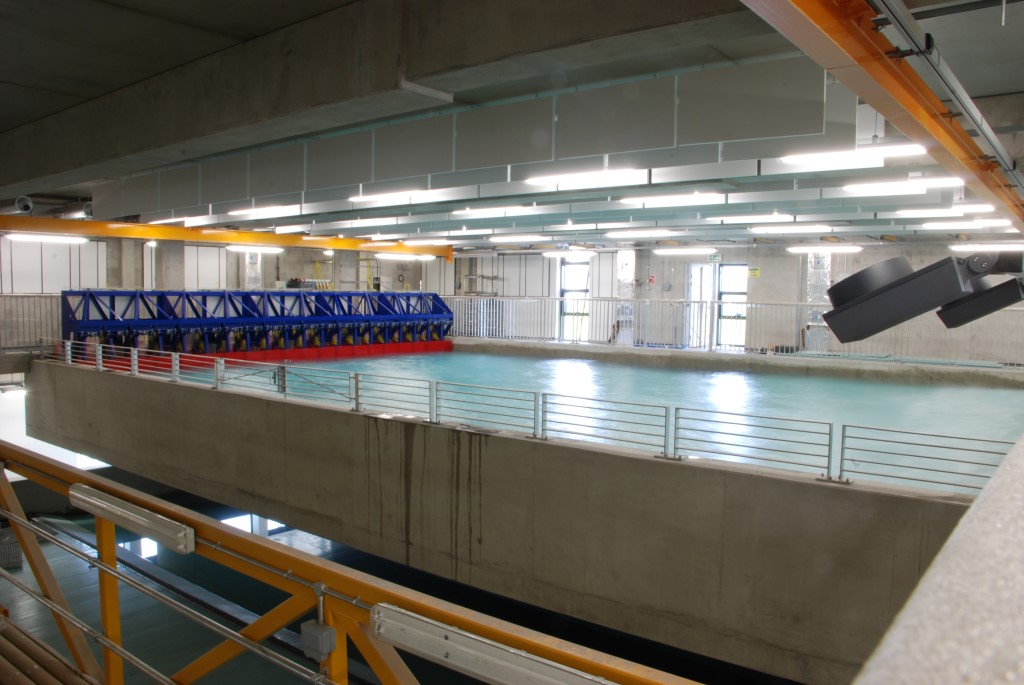 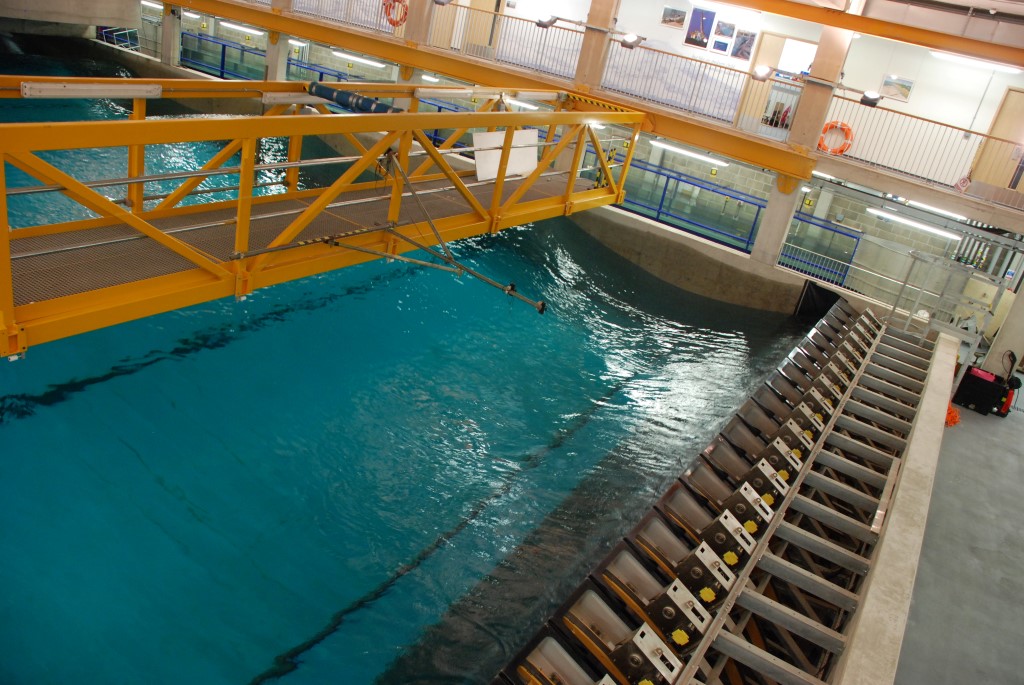 The video below shows the Ocean tank generating a large angled sine wave.