Edinburgh Designs has developed a suite of software tools specifically for running experiments in a wave tank. Wave Synthesiser allows the user to specify, using a graphical interface, the waves to be used in an experiment.  The software then outputs the wave data in an open XML-based file format optimized for loading into Edinburgh Designs’ Wave Runtime, from where it can be run in a wave tank.  Wave data captured from wavegauges can be fed back into the software to be analysed and, if necessary, to correct for tank effects in the generated wave. 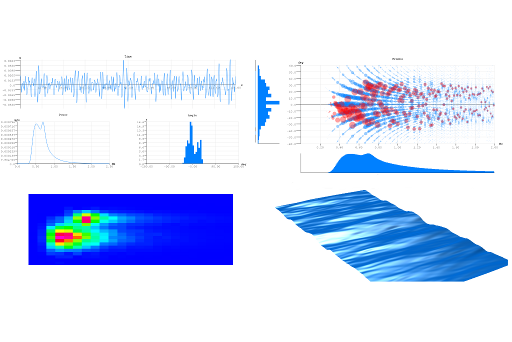 Wave Synthesiser functions by using the sum of individual sine waves, or fronts, to create complex seas. A front is defined by frequency, amplitude, angle and phase. Multi-spectral seas are generated by summing individual wave fronts generated by a user-specified mathematical expression, and then angle and phase are set by modifier components.

Waves that can be generated include: 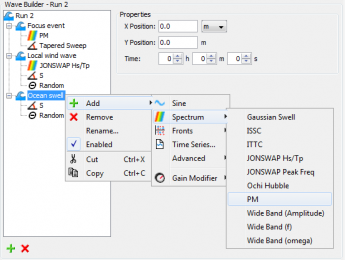 Waves are constructed by adding generator and modifier components to a tree structure.  Any number of components can be added to a single run, providing unlimited flexibility while maintaining a simple interface.  Components are defined by mathematical expressions, which can be added to or edited by the user to meet their specific needs.

Wave Synthesiser also provides live on-screen graphical visualisations of the wave being created.   These visualisations allow the user to quickly verify that the input parameters are correct before running the wave in the tank.