Most modern tanks use one of two types of scientific wavemaker: flap or piston.

Flap wave generators are used to produce deep water waves where the orbital particle motion decays with depth and there is negligible motion at the bottom. Typical applications are modelling floating structures in deep water and investigating the physics of ocean waves. Often the hinge of the paddle is mounted on a ledge some distance above the tank floor. 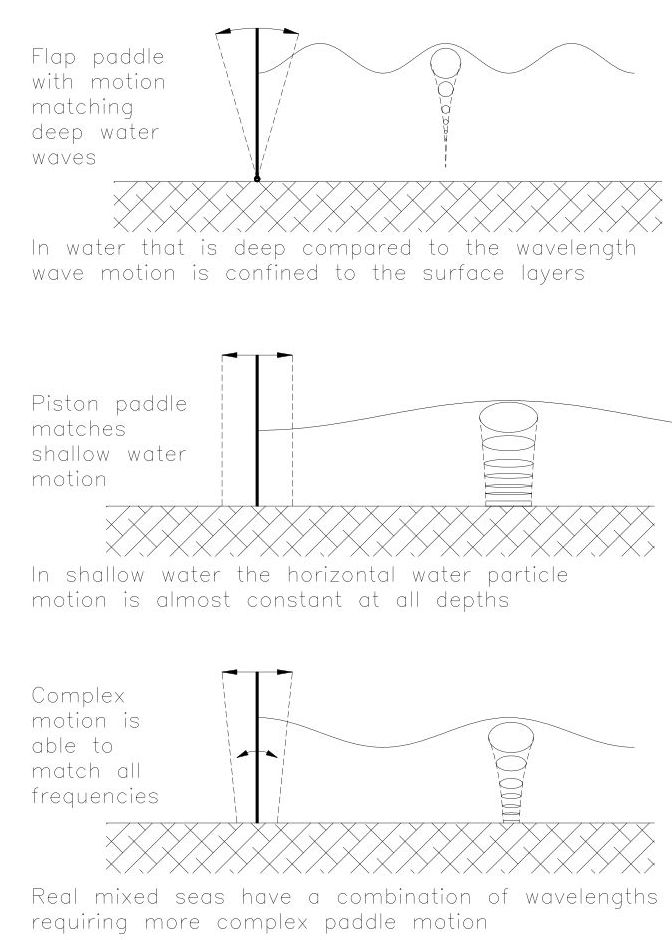 Piston wavemakers are used where the water is shallow compared to the wavelength of the waves.  Here the orbital particle motion is compressed into an ellipse and there is significant horizontal motion on floor of the tank. This type of paddle is used to generate waves for modelling coastal structures, harbours and shore mounted wave energy devices. 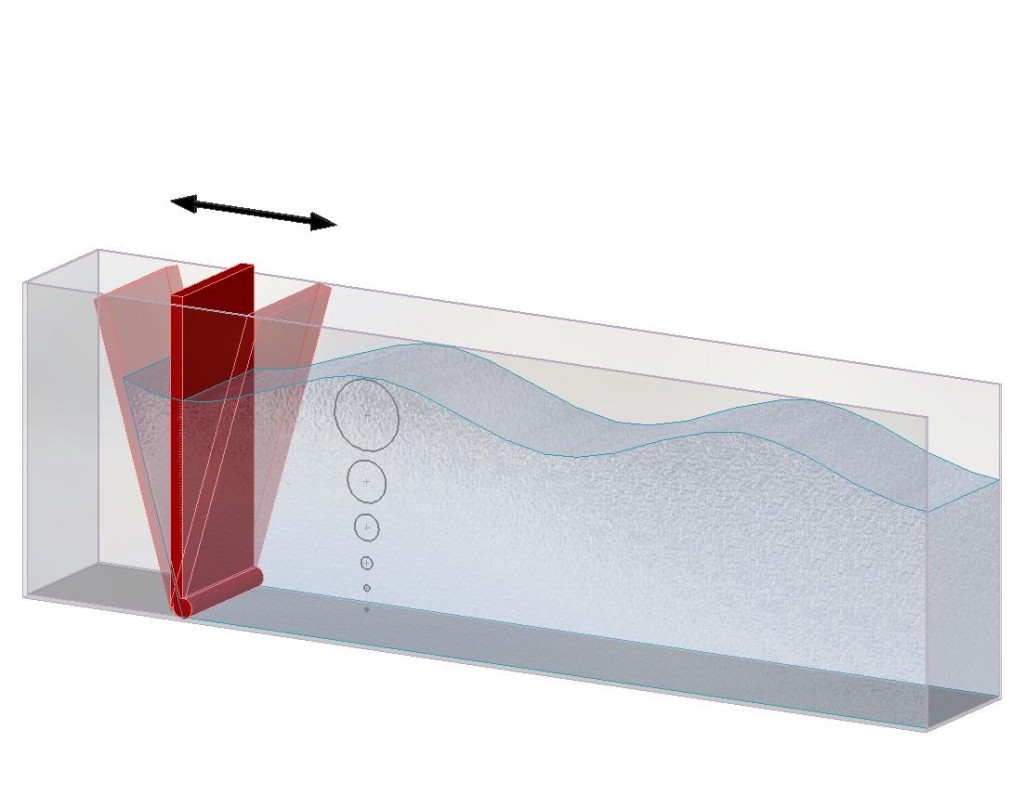 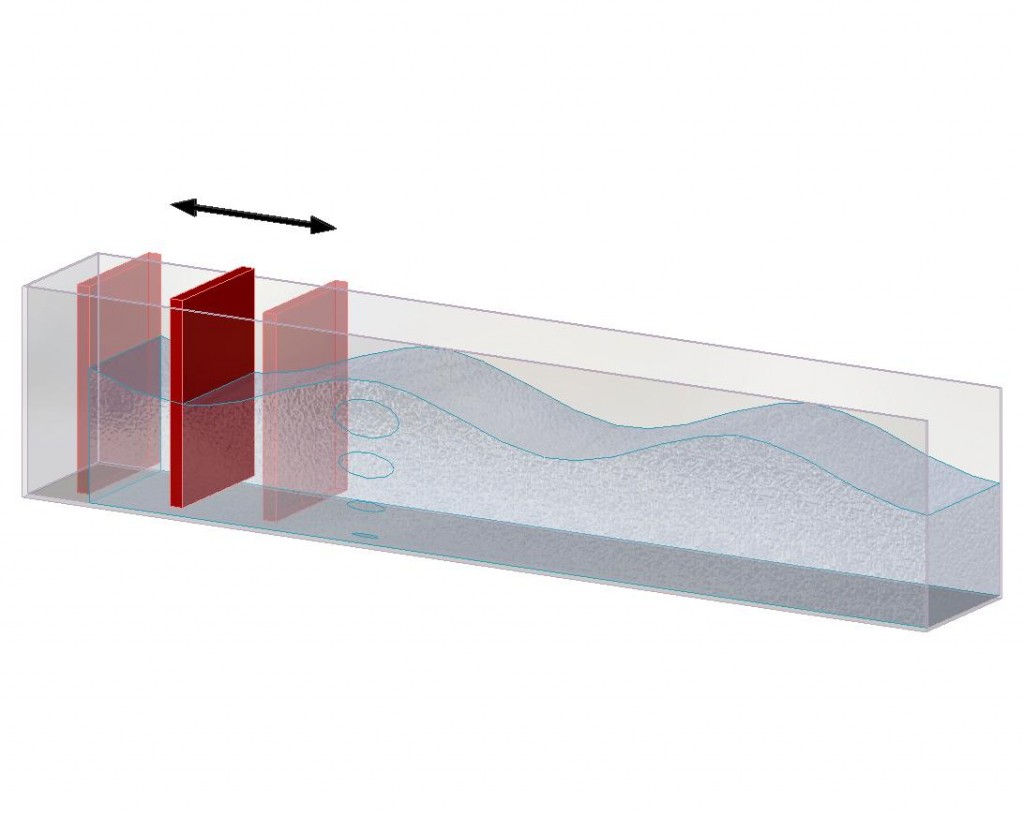 Most early wave tanks were custom designs produced in the laboratory where they were used so there are many unique and innovative designs. These include displacement pistons, sliding wedges and other more complex machine like double hinged flaps. The design goal is to try to match paddle motion to the water motion and minimise the evanescent waves immediately in front of the paddle. These unwanted waves decay naturally but reducing their amplitude minimises the unusable space in front of the paddle.

All paddles will have an optimum frequency where the horizontal motion is very close to the motion of the water. This is the frequency where the inertia of the water, or added mass, is lowest. As the frequency is increased the mismatch between the paddle and the water motion causes the added mass to increase. This effect can been seen in a wave tank where a piston wavemaker generates high frequency waves, although the motion is small, the paddle moves a block of water that appears to be attached to it. It take a few wavelengths for the natural wave to transform from this motion and travel down the tank.  High frequencies do not require high power but can exert very high inertial loads on the structure. At low frequencies the volume displaced by the paddle limits the wave height. A piston will displace twice as much water as a flap with the same stroke, so the wave will be approximately twice as big. Although the loads are low the design focus becomes the paddle stroke and preventing leakage round the structure.